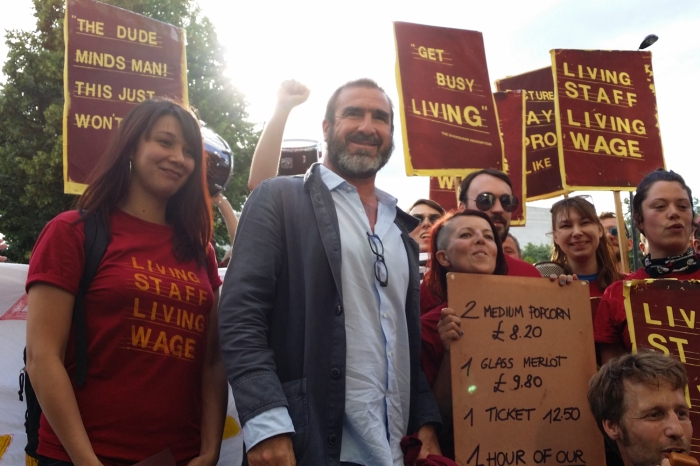 This group of low-paid workers are going up against the Cineworld cinema empire, with hundreds of cinemas across nine countries. When Brixton’s Ritzy Picturehouse workers struck for better pay in 2014, they shook the industry by winning a 26% pay increase (but still falling short of the London Living Wage) – after 13 days of strike action.

Cineworld has responded to the strike by refusing to negotiate, and by suspending seven trade union representatives, or ‘reps’, in July 2017 – and sacking four. You can read more about the sackings here.

Sacking trade union reps during a dispute is an extremely serious attack on the whole labour movement. It is a major threat to all workers’ ability to organise. This website has been set up by supporters of the Picturehouse dispute to support efforts to support them.

The Picturehouse dispute is important: if these low-paid, insecurely-employed, sorely-exploited workers can beat Cineworld, they will likely embolden many other workers in the private sector to organise.

This site is run by supporters of the strike, not Picturehouse staff or BECTU members.

But you can find more information from the workers themselves at the links below:

This is a text widget. The Text Widget allows you to add text or HTML to your sidebar. You can use a text widget to display text, links, images, HTML, or a combination of these. Edit them in the Widget section of the Customizer.